Skip to content
RT @GonzaParra_: Neanderthals might be extinct but parts of their DNA has survived till today in our genomes, due to interbreeding with ancient homo sapiens. A genetic cluster on chromosome 3, inherited from Neanderthals, is the major genetic risk for developing a severe version of COVID19 #DHPSP 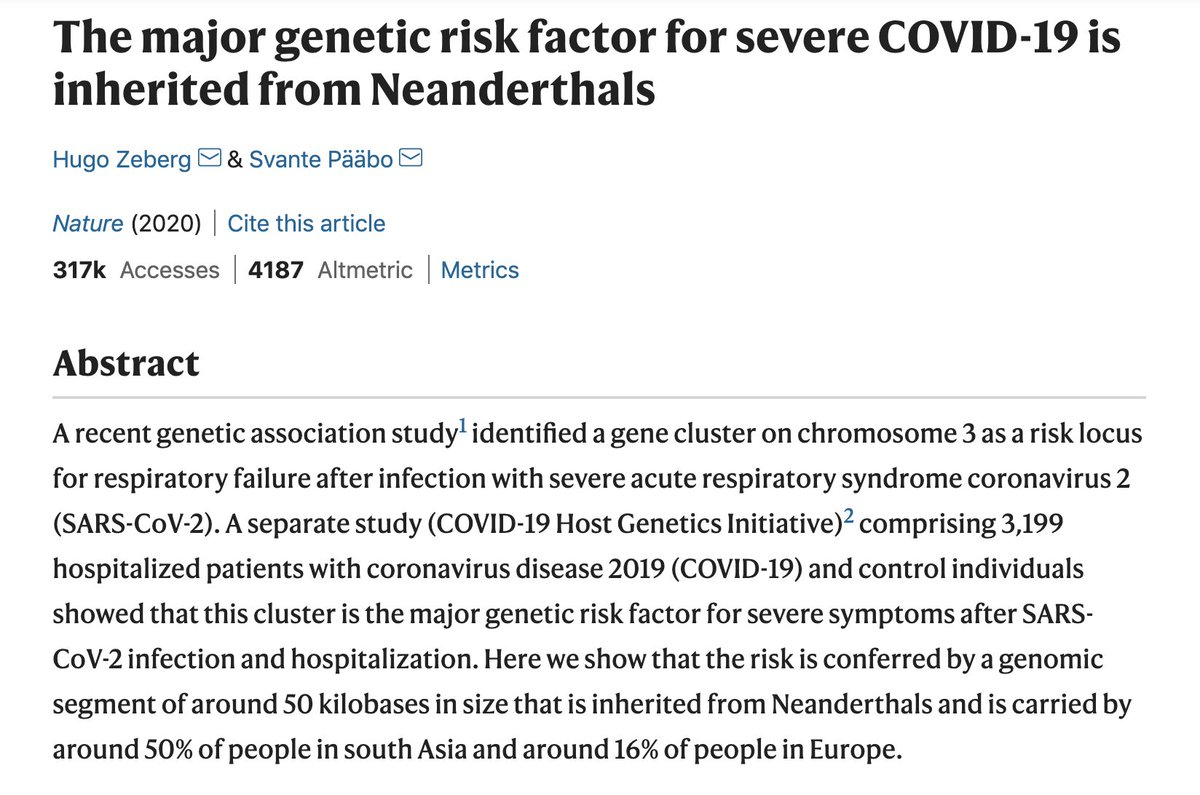 UN Removes Marijuana From List Of Most Dangerous Drugs

The potential ability of polyphenols to combat COVID19 infection via the regulation of its molecular targets and replication, as well as through the resulting host inflammation, oxidative stress & signaling pathways.
https://buff.ly/2TTON6p
#DNADAMAGE #DHPSP

As time progresses, drug discovery/manufacturing is becoming $$$;
w/ > billion US $ required to discover/make a single drug 🤯

We thus hope to find a sustainable and cost efficient solution through bio-electronics!